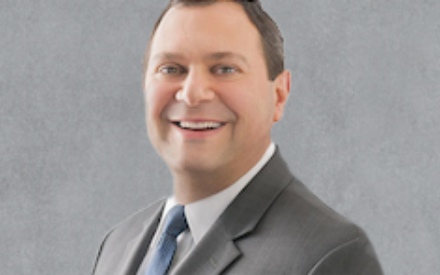 Philadelphia native Ted Gavin found himself at a crossroads in 2018. For 23 years, he had been working to help turn around distressed companies. He was nearing the end of his term as president of the American Bankruptcy Institute, and he and his wife had decided to relocate to the island of Martha’s Vineyard, Massachusetts.

“I had always wanted to go to law school, and I was running out of time and excuses not to. So when I saw an ad for the Master of Legal Studies program at Pepperdine, I was intrigued. It fulfills an education need that I would like to have and also a future need for how I want my career to continue to develop.”

Ted started the MLS program with a concentration in dispute resolution, and when Pepperdine Caruso School of Law began offering the MLS/MDR dual degree program, he decided that was the best path for him.

“I would like to add mediation to the list of things that I do, and so having a law degree and a formal legal background was something that I felt was necessary to have credibility in that market. I’m well known in my professional space, but I’m not an attorney and most of my referrals come from attorneys.”

The Fantastic Experience of In-Person Residency

In his second MLS residency on Pepperdine’s campus, Ted participated in a mock mediation in which students played roles in a large commercial litigation. Rather than lean on his extensive experience as an expert witness, Ted pushed himself to try the opposing role and argue summary judgment for the insurance company. He loved every minute of it.

“I enjoyed working with the students to help build their confidence in things that I did every day for work, and I enjoyed building the case, building the narrative, getting up and doing the oral argument and dealing with the questions. It was just a fantastic experience. Nothing is as good as being in the same physical room with your cohort and to have that experience with the faculty.”

As an online student, Ted developed strong relationships with the law school faculty, in part thanks to his residencies. In fact, he hired his contracts professor to represent him on a work project because of his expertise in entertainment law, and Ted has referred cases and gotten referrals from the professor who coached him in his second MLS residency.

Back to Student Profiles

Complete this brief form to download a brochure and receive more information from our admissions team.