Master’s in Management and Leadership (MSML) 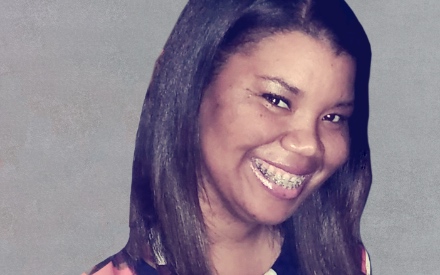 Born to work in the entertainment business

You could say Jeannivee Kaufman was born to work in the entertainment industry. From the time she was a child growing up in L.A., she knew that film and TV were where she wanted to be. After earning a bachelor’s degree in film and media studies, she got her foot in the door in the Page Program at Paramount Pictures, where she still works. She started in production, but eventually developed an interest in other aspects of the industry.

“I started to realize the business of entertainment was fascinating to me. Who made the money, where does the money go, who says that you can greenlight it? I want to be a part of the critical decisions that are happening within the entertainment industry.”

Success comes down to people, not just numbers

Pepperdine’s MSML program appealed to Jeannivee because it wasn’t just a degree in management and leadership. In addition to a business education, the classes cover the culture of entertainment and professional relationships. She felt it was the best of both worlds.

“So many people think it’s just a numbers game, and yes, that’s part of it, the bottom line, but it’s also how you interact with people. Sometimes people don’t understand that your EQ has to be high as well as your IQ—those have to mesh in the entertainment world.”

Learning she could apply, even as her industry changed

From day one of the program, Jeannivee found that what she was learning in class was immediately applicable in her work. This was even the case when the COVID-19 crisis hit, and the entertainment industry changed almost overnight. Jeannivee was furloughed from her job and when she returned, everything was done virtually. At the time, she was taking Leading Cross-Cultural and Virtual Teams.

Greater understanding of management, leadership—and herself

In the program, Jeannivee learned as much about herself as she did about business. Stepping outside her comfort zone, being challenged to consider different perspectives, and bonding with her cohort during the on-campus immersion all contributed to her positive experience. She also realized that while many people think of management and leadership as synonymous, they’re actually two very different disciplines.

“It is a phenomenal program. It has been awesome, from what I’ve learned, the teachers, my development, my maturity, my growth as a person, as a businessperson. Honestly, it has been one of the greatest experiences I’ve had in my life.”

Back to Student Profiles

Take Your Next Step Toward Becoming a Pepperdine Graziadio Student

Complete this brief form to learn more about your program of interest and connect with our admissions team.